A chip off the ol' block, Bill Buckley, Jr., or Billy Buckley as he's better known, caught the wrestling bug in the CSWA's formulative years, bummin' around backstage during events as his famous father, CSWA announcer Bill Buckley, Sr., worked.

Buckley Sr., an out-of-work weatherman drawing unemployment, responded to an ad in the GREENSBORO NEWS AND RECORD asking for an experienced media personality to emcee and record play-by-play for the CSWA's first show. He merely tolerated the wrestling work while he shopped himself to local stations, hoping to inch back into meterology. By 1991, Sr. was firmly planted in the CSWA and turning down evening news anchor slots as he came to grips with his fledging love for the CSWA.

Billy fell in love with the CSWA as a 17 year-old in 1988. With his father courting meterology work, Jr. foresaw the Buckley legacy in the CSWA becoming his one day. Working behind the scenes in the summer of '88 (on school break), with a surprisingly dedicated and sincere Sammy Benson, Billy looped past episodes of the CSWA local TV show, and mock interviewed the boys hours before shows (mainly Benson's former charges, the Clark Brothers). Benson was fond of the kid's quick wit, and eagerness to do Sammy's bidding. Billy, in return, idolized Sammy. Benson's laidback demeanor and sarcastic tongue was in stark contrast to Jr. father's neurotic, anal behavior. Billy saw his dad as a failure. A man who couldn't hold down a job, or fit into society. Sammy was a breath of fresh air to the young lad. A fly by the night, live life as it comes, Master Jedi. They bonded fast, and their off-camera work became something of a legend.

The tapes of Billy's play-by-play quickly circulated around the promotion, and he had a knack for getting more out of wrestlers four hours before a show, than Seizter did when the cameras rolled. The kid was made for the business. It was a matter of time before he and Benson became partners on-air, as well as off.

With a promise from Sammy that a good word would be put into the offices on his account, Billy dreamed of being brought aboard the CSWA staff right out of high school. In 1991, Merritt and Thomas unleashed plans for CSWA PRIMETIME, hoping to make it their flagship episodic program. His managing career in dire straits, Benson was cast to do color, with orders to let his personality bleed into the program. Hundreds applied for the PBP spot, including many play-by-play commentators in other feds. Among the finalists, Stan Parsons, Billy Buckley, and his father, Bill.

While Merritt and Thomas were impressed with Jr.'s audition, in the end they decided to go with his father, Bill, opting to draw on the existing relationship Buckley had with the fans.

Junior, crushed, let the disappointment fuel further hatred for his father. Forced to helplessly watch Sr. and Benson create an on-air chemistry that rivaled Bogart and Baby, Billy drifted into an alternative lifestyle.

True to his word, Benson talked to the right ear and Junior was brought on board as a part-time ON AIR specialist, but the work, never matched the promise the sessions with Benson he recorded as a teen promised.

For the last fifteen years Buckley Jr., now 34, has become a reflection of he man he saw raise him for seventeen years. Tired, frustrated, and neutrotically married to the idea that is he'll never make his mark in the world. Today, he spends more time in the producation trucks, and studios at the Towers editing his father, and Benson's work...along with other menial duties.

With Buckley Sr approaching sixty, one day the league (if there's one tomorrow) may indeed be Billy's. If that day comes, can the wide-eyed kid, who had impeccable timing and a wit to keep Benson on his toes, become promise fulfilled? 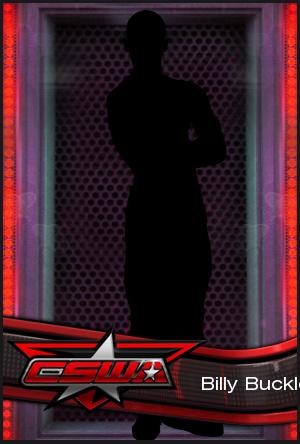