Immediately after graduating high school, Dean began to chase his dream of professionally wrestling. Without professional training, he essentially ended up being fodder for upper-mid-carders throughout the Northwest. Unscathed, he continued to pursue wrestling stardom, but to no real avail. Throughout his travels through minor federations, he met "Dancing" Davey Disco, then a superstar in the famed FWF federation. He would wrestle in midcard matches for Davey's new Big Time Wrestling Federation before Davey closed it to work full time in the FWF Power Plant, prompting Dean to travel to Japan and work for Professor William Agar's Extreme Japan Pro Wrestling federation. There, he made an immediate splash as a fresh-faced talent, hoping to impress scouts in his homeland by proving that he'd do whatever it took to make a name for himself. Matches in EJPW were especially brutal, with no disqualifications in any match and a surplus of weaponry at the disposal of the wrestlers. Dean thrived in this setting, and thus the true character of "BioHazard" was born. After the federation folded, Dean made his return to the newly-reborn BTWF and was pushed to main event status immediately. With his partner in crime, Ace Hardaway, Dean won the respect of the BTWF fans and fellow employees. Ace was injured during a tag team match with Dean, and Dean continued on his own, feuding for, and eventually winning the World title from Ethanol. Ace soon returned and challenged Dean for the title, the fans siding with Ace, due to both Davey Disco's endorsement of Ace and the fans' growing disapproval of Matthews' cheat-to-win tactics. This all culminated in a final match between Ace Hardaway and Dean Matthews for the BTWF title in 2001, a match during which Dean was put through a table, suffering what was widely-regarded as a career-ending injury. 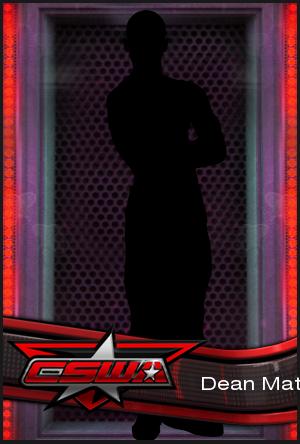