Much has happened to Christian Montiero in the past seven years.
Making his professional wrestling debut in 1998, Montiero knew little about the sport. His upbringing was somewhat sheltered, with his borgeous parents filtering out anything they believed would stray Christian from an upper-class lifestyle. But, after attending a show with a group of friends, it seemed inevitable that Montiero would enter the squared circle.

Montiero made national his debut for RoughKut Wrestling in 2002, relocated to the slums of Detroit in order to save money on travel expenses. While being interviewed for the job, Montiero met up with Rudolph Polenski. Polenski, who served as Montiero's valet during his RKW years, has remained a close friend since then.

His run in RKW was somewhat predictable; a chain of seven losses and a single win over Hardcore Champion Crimson was the best he could muster for his debut. RKW would then close, with Montiero becoming unemployed in the process.

Using the resources and knowledge gained from RKW, Montiero was swift to open his own company. Entitled XCWR, the promotion only lasted five shows before a dispute with the Best Corporation surrounded the company with bad publicity. After this, Montiero took a break from wrestling altogether.

Two years later, Montiero returned to the ring. The reason was the death of close friend Oliver, who Montiero had met on the independant circuit. The pair had not spoken since Montiero ascended from the indy circuit, leaving Christian full of regret. After improving through a combination of training and studying, Christian entered RWN's flagship promotion XWF. Out to prove to the world that he had improved, Montiero captured the Triple X Championship in his debut. After losing the title in a triple threat match the following week without being pinned to the undefeated Ty Ferrel, Montiero pledged to avenge the loss. A small string of wins followed, followed by Montiero's exit from the company over a contractual dispute.

Since the tournament, Montiero has taken time out to concentrate on his personal life. But with the thrill of the squared circle still calling him, and a contract offer from CSWA, Montiero has set his sights on challenging in the bigger leagues. 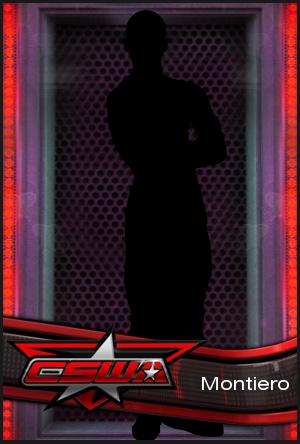