Jay Phoenix was born and raised on a Native American reservation, brought up to respect the land, and all its creatures, and to judge individuals on their merits alone, not who they are or what they are. While not massively built, or especially strong, Phoenix is naturally quick and powerful, and extremely resilient. He excelled at most sports, quickly mastering any he tried, especially the Martial Arts.

Chosen to represent the United States of America as part of the Olympic Archery team, Phoenix's mentor and guardian decided that wrestling was the career path that Phoenix should follow … so he did.

Over the last seven years Phoenix has wrestled for various federations, but has alwasy preferred to take long term contracts that he can commit to instead of short terms indy stints.

Four years in his 'home' federation, the PWW, led to him being the only wrestler in their illustrious history to cpature all titles and be hailed as a grandslam champion. Moving to the PWW's 'sister' federation, the UWF, he became a mainstay there as well, wraking up successful title reigns with all five of the federations singles titles. Taking part in the PTC's inaugural Global Title Tournament, Phoenix outlasted 254 other men to become a finalist and earn a spot in the PCW. Since then Phoenix has toured a few other federations and taken part in various other tournaments (notable ones include winning the 2003 CWMC, as well as RPG and UTT).

While still young, and with plenty of years left before him, Phoenix is hungry to find a stable federation ... a place he can call home.

Phoenix is both highly focused, and highly spiritual. Looks towards the Native American spirits to guide him ... very open and trusting, with an attitude of seeing the best in everyone until proved otherwise. 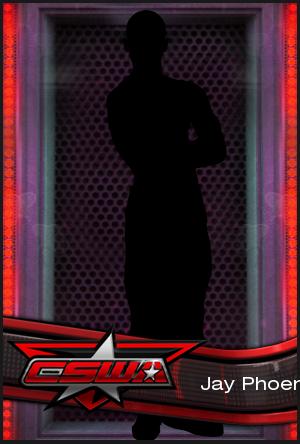