Radder joined the CSWA when it joined the internet revolution, signing up with superstars like Eddy Love, Kevin Powers, and Eliminator, among others. The three named are no longer active. He came from a small federation that no-one outside of Podunk, NM would know about.

He slowly climbed the ranks, impressing fans with his wit, quick tongue, and explosive style. Commentators and pundits have mentioned that they do not believe Radder could be a heel wrestler if he tried, though he's never been anything close to a "true face" like Mark Vizzack, a man he's known to call "The Worm", in reference to a man he considers one of his greatest foes. Vizzack is also inactive. Eventually, Radder topped several other high-end competitors to win the Ironman of Champions and become CSWA World Champion for the first, and to this point, only time.

He disappeared shortly after his first title defense against Evan Aho, which he lost. Critics complained he looked poor in the ring, ineffective and distracted.

Insists that he no longer thinks of himself as "Iceman" Steve Radder but as yet has not commented on his reasoning for this in any way. 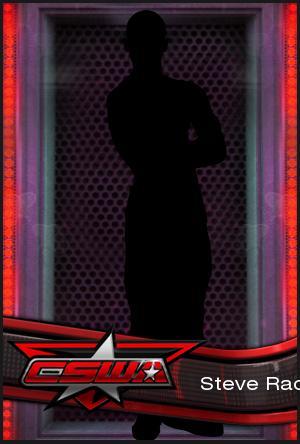