Wrestling hasn't been the best of friends to Scott Riktor in the past few years. When he stepped into the scene nearly a decade ago it seemed as though he would have no problems making it big. To be honest, he didn't at first. For a while there it was a cake walk for Scott. He was young, talented, and good looking. What more could you ask for in a wrestler? Nothing, but that doesn't mean you won't get a curveball or two thrown your way.

It's a rule of thumb that wrestlers usually continue to perform while injured. Just the nature of the business. To make it you have to be in the public eye and you can't do that from your couch. In Scott's case his pride wouldn't allow him to sit out, even though the general concensus was that he should. He was young and he was stupid you might say. So he fought through a mile long list of injuries which just seemd to compound more and more. Eventually it became too much for him and at the age of 25 Scott hung up his boots.

You can't get rid of the wrestling bug once it's bitten you, however, and two years later Scott wound up signing a contract to return to action. His hopes came crashing down as just after he inked out deals with three seperate companies, each found themselves bankrupted. He honestly thought this was a sign and so for one more year he stayed away from a ring unless it was to train his young students.

Opportunity knocks when you least expect it to. Sports Entertainment came calling with a long list of rookies and indy fed youngsters in need of veteran leadership. That veteran leadership came in the form of Scott Riktor. He signed with the company and became it first, last, and only World Champion. It wasn't unfamiliar territory for Scott and he did earn the respect of everyone on that roster, but the higher ups were in trouble. They had no idea what they had gotten themslves into and as they frantically tried to get themselves out they found the best way was to quit while they were ahead. Last Scott heard SE was trying to once again reopen its doors, but to no avail.

That leads us to the present and to LoC. Scott was contacted by Mace Williams, one of his oldest friends in the business, about his father and Daniel Pierce opening LoC. The initial offer was to contract RingRats, Scott's wrestling school, as the primary feeder federation for the company. Scott gladly signed on the dotted line knowing that Pierce was a good man and would do his best for these aspiring superstars.

It was about this time that a second offer was placed on the table. A written contract with Scott's name on it to compete as an active wrestler. At first Scott was hesitant, who wouldn't be after going through so much in such a short time? But that bug just doesn't go away no matter how many times you tell yourself that you're through. He couldn't stay away, Scott needed to return to the ring. And he did...with a vengeance.

Scott soon found himself deep in a personal war between himself and Black Tom Williams. Black Tom has established the League of Extraordinary Champions in an attempt to take over complete control of LoC through winning all the titles. Riktor, along with a few other superstars, stood strong against this threat. More than a few times Riktor wound up on the receiving end of an LEC beatdown but he kept coming right back at them.

Since LoC's closing, Scott returned to his home in Orlando, Florida and went back to being a fulltime RingRats instructor. He was fully content with his life and being with his family. That is until opportunity knocked one more time. Scott tried to avoid it but that itch...that itch is just so strong. 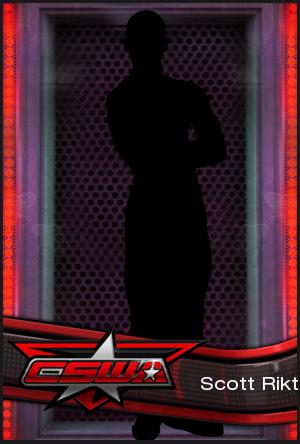