Roscoe Shame was a former high school quarterback who had college scholarship offers. However he didn't have the motivation to go to college and subsequently squandered his scholarship chances. A year after graduating high school he got his longtime girlfriend pregnant and then abandoned her and the child two years later.

Roscoe moved to Las Vegas and joined the Sanctioned Violence Organization and was able to keep some stability in his life. His successful stint in sVo sent him spiraling into a rockstar lifestyle filled with booze and drugs. Despite the excessive partying he stayed successful in sVo until a knee injury sidelined him. A few months passed before he could finally get back in the ring, but by that time the sVo had closed its doors.

Roscoe was always a fan favorite despite his inner demons. However they have slowly slipped him into a state of darkness and despair that he is trying to get out of. 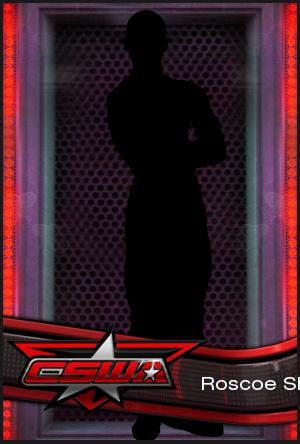