The Ivy League: That Other Guy

Imagine, for a moment,that you're a fiftysomething year old man. You've got the job, the benefits, the house in suburbia and three point six kids. And you work for the most off - center company in the most off - center business you can find, and somehow remain the cool, calm center of the universe that Windhams, Muppets, and Midgets revolve around.

In the course of a decade, Rudy Seitzer has been just about everything to this company. He's been a journalist with integrity, he's been an interviewer, he's been a social commentator. He's donned the tights as the Hooded Falcon when the company needed some comic relief, and he's been a normal, everyday Joe face that society sometimes needs to see to relate to what we do. Through it all, Rudy has been real. Rudy has this look about him that tells you just how much crap he's seen since he started with the company, but somehow still has this naivete about him that makes you feel bad about 'corrupting' him. The day after I turned twenty eight, this man, old enough to be my father, told me to lighten up.

But that's typical Rudy for you.

He was born Jonathan Seitzer somewhere in upstate New York in 1882, the only child of a fairly nondescript suburban family. He doesn't talk about what his parents did except to say they never separated or divorced, never made a million dollars, and his dad never had a problem providing for the family. He said he was a photographer for his highschool newspaper, mainly covering the big sports of the time - basketball and football - but started writing because he always felt he could write a better story around his images than the people who were writing already. And he did. He turned his images into stories that captivated readers for decades. I know, because some of the pictures he took and articles he wrote around them were done before I was born, and they still captivated me. Sorry to show your age, Rudy... but it's true.

He ended up at NYU in their journalism department, but ended up putting the nail in the All-American coffin... his spring semester Senior year his girlfriend was pregnant and they had a handgun wedding. New York and all, y'know. It was the summer of Sixty Nine and the world was changing. Rudy doesn't like to talk about this time in his life but he was working for several magazines in the tri - state area, and not very happy about it. But he did get to interview Jim Morrison and Robby Krieger one fine evening, which has put him on top of Angel's "This guy rocks" list.

Twenty years later, his daughter is finishing college and the twins are just about to enter, and he's mainly writing for the Times. And the bastards laid him off. Connie Seitzer, bless her heart, told her dad that she trusted him, that he's never let the family down, and that he should go where he feels is best. The best turned out to be the CSWA, still financially shaky but hot on the heels of Hornet/Wall, the rematch, so the rewards were just as high as the risks.

It was a rough fit. The CSWA was fairly well established by this time, Buckley as the straight man, Sammy as the drunk. Rudy was just this guy who did his job and went home, certainly not someone who would be memorable in the zany CSWA.

Wrong, wrong, and wrong. Rudy is the source of the CSWA's greatest strength and biggest asset: a real journalist with a sense of humor. 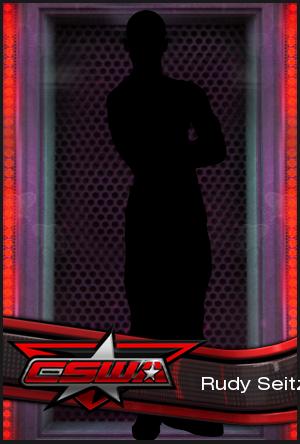