A Southern boy raised on Bourbon Street in New Orleans, Shane’s not a red-neck per se and doesn’t play into the stereotypes, but he does speak with a fairly heavy southern accent. He used to be fan favorite, but lately has abandoned that for a more "out for himself" attitude. He's been known to have a drink on occasion and his mouth isn't the cleanest. Southern was in a motorcycle accident five years ago that nearly ended his career causing major knee and neck injuries.

Trained by his father, he has held tag team titles in the pacific northwest with his cousin Daniel. He held the UWA US Title on three separate occasions until he was forced to take a six month hiatus from the sport to heal from the motorcycle accident. Upon his return he competed in the IWC which included a World Title reign. He then went to the NFW where he became World Champion. From there, Shane has worked his way up the CSWA ladder, winning the Greensboro, United States, and now World Title. 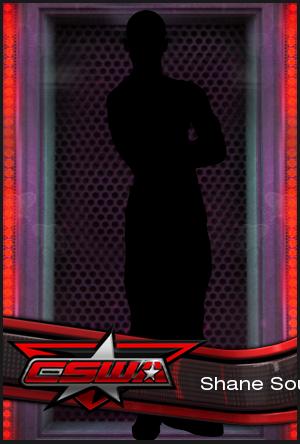