Having found fortune and what some would call fame in the MWC in the late 90’s, with his brother; Lone Wolf and his half brother, MWC commissioner, and former CSWA Greensboro Champion; Nemesis, Kevin Watson appropriately felt as if the days of territory hopping and trips to the far east had been finally put behind him. Title reigns, locker room pull, and a perpetual new breed of the good old boys club was the order of the day. Even taking advantage of the talent swap being enjoyed by CSWA and MWC in those days, these simple kids from Texas were living large and in grand excess.

Alas, it all fell down. As all things do.

Kevin’s career, much like his personal life to this point, became no more than a comedy of errors. The catalyst of this downward spiral came with the supposed intervention and blatant ousting from his camp of miscreants, known as Manifest Destiny, who plagued the MWC in those turbulent times.

After being tossed aside by his brother and feeling his time in MWC had possibly drawn to a close; Kevin focused his alignment to that of his half brother Nemesis upon his eventual release from a rehabilitation facility for the clinically disturbed. This proved be no more than another misstep in a long line of professional and private mistakes made by the man formally known as "K-9".

Nemesis had been recently ousted by the newly reorganized and reformatted MWC, and had taken back to the ring in CSWA; touting his reputation as a former Greensboro Champion. Kevin followed suit claiming to have seen the proverbial writing on the wall.

In all actuality, as far as the MWC’s new management was concerned, no one from the infamous Manifest Destiny was welcome in their promotion; short of public denouncement and acts of aggression toward former members.

The CSWA, on the other hand, was happy to see the return of Nemesis; even if it meant Watson becoming more of a permanent fixture. Nemesis would convince Kevin to make yet another mistake and they would align themselves with the likes of Apocalypse and Deacon as underlings in the UnHoly. That short lived revival would prove problematic as well.

Nemesis’ mind would soon slip from the grips of reality yet again and his affections turned to that of an inanimate object. Leaving Kevin guilty by association and tossed to the side for Nemesis’ overall lack of mental preparedness to carry out the wishes of their new found brotherhood.

Shortly there after; Kevin would be let go from the CSWA due to contractual disagreements off camera and would return to the pages of obscurity for a number of years.

The later months of 2006 however, would give way to a second; maybe third chance for Kevin. The CSWA attempted a grand gesture to reclaim the prominence it once held in the world of professional wrestling known simply as the Gold Rush. Accepting all challengers; Kevin took the opportunity and returned as, albeit illegitimate, a prodigal son.

Placing third in the Gold Rush landed Kevin with the Greensboro Championship his half brother once carried alongside his beloved steel chair. Kevin viewed this has a new beginning to what felt like an old career. Although, fate would once again frown on Kevin with the CSWA grinding to a screeching halt after loosing their long running television deal in 2009. He would, again, return to the independent scene as the last reigning Greensboro Champion and burn the next three years in relative obscurity.

After an ill faded run in the ULTRATitle tournament, suffering a loss to "The Epitome" Troy Windham, Kevin would receive a phone call from his attorney and de facto agent informing him of the CSWA's Re-Genesis.

The illegitimate prodigal son would return from which he came ... again. 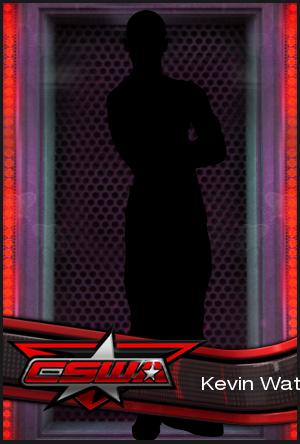